What you should do just before Death

Death is a reality in which all human beings believe. However, it is also a reality which most of us like to keep out of our minds.
In Islam, death is not an end to our existence; it is a passage, which takes us from this world to the hereafter – the actual purpose for our creation and the result of our work in this life. Whether we fear death or not depends on how much we have prepared for the reckoning of the Day of Judgement.
Preparing for death is a lifetime’s job. It begins on the day you reach the age of bulugh and are held accountable for your deeds in the eyes of Almighty Allah. Imam ‘Ali bin Abu Talib (a.s.) has beautifully described the preparation for death as follows: “Fulfilling the obligations, refraining from forbidden [things], and acquiring noble character.”
In this article, I have attempted to present some of the things which all believers are either required or strongly urged to do just before death by the shari’ah.

In Preparation for Death

Before death, try your best to fulfil the obligations, which are upon you in regard to the creatures as well as the Creator
Return to the owners whatever has been given to you as a trust or write it down in your will so that the executor of your will shall return the trust to its rightful owner.
In Islam, you are allowed to dispose up to one-third of your estate for whomsoever or whatever cause you like. As for the two thirds, it must be distributed among your heirs according to the shares allocated for them in the shari’ah.
Make a will in writing or verbally about those religious obligations which you could not fulfil by yourself and which cannot be done on your behalf by others except after your death: the qadha prayers, fasting and pilgrimage (hajj), etc. You should specify the amount from the one-third of your estate to be used to hire people to do such deeds. If you cannot afford this, then you may request your heirs to do unfulfilled rituals on your behalf voluntarily or pay someone else to do so.
It is also recommended, if your financial circumstances allow you, to include your deserving relations in the one-third of your estate.
It is recommended to forgive your brethren in iman for whatever wrong they may have done to you. On the other hand, you should ask your brethren in iman to forgive you for the intentional and unintentional wrong you may have done to them.

At The Time of Death

When death approaches you, it is wajib on you to lie down on your back in such a way that the soles of your feet face the qiblah (direction of Mecca). Or you may turn your bed in such a way that your soles will face the qiblah. If you cannot do so yourself, then it is wajib on those who are with you to help you.
It is recommended to say by yourself or repeat after someone else the declaration of faith and statement of faraj.
The declaration of faith: It is a declaration in which you reconfirm your belief in Allah, Prophet Muhammad (s.a.w.), the twelve Imams (a.s.), the Qu’ran, and the Day of Judgement.
This may be done as follows:
Radhitbu bil-lahi Rabban;
Wa bi Muhammadin (sal-lal-lahu ‘alayhi wa alihi) nabiyyan;
Wa bil Islami dinan;
Wa bil Qur’ani kitaban;
Wa bil Ka’bati qiblatan;
Wa bi’ Aliyyan waliyyan wa imaman;
Wa bil Hasan, wal Husayn, wa ‘Aliy-yib nil Husayn;
Wa Muhammad bin ‘Aliyyan,
Wa Jafar ibn Muhammadin;
Wa Musa ibn Ja’farin, wa ‘Ali yibn Musa;
Wa Muhammad ibn Aliyyin; wa Ali yibn Muhammadin;
Wal Hasan ibn ‘Aliyyin; wal Hujjat ibnil Hasan
(salawatul-lahi ‘alayhim) aimmatan wa sadatan wa qadatan;
Bi him atawalla, wa min a’da’ihim ata-barra
Wa an-nas sa’ata atiyatun la rayba fiha;
Wa annal-laha yab’athu man fil qubur;
Wa annal hisaba haqqun; wa annal jannata haqqun;
Wa annan nar haqqun

I have accepted Allah as the Lord, Muhammad (s.a.w.) as the Prophet, Islam as the religion, the Qur’an as the Book [of God], the Ka’bah as the qiblah.
And [I accept] ‘Ali as the waliy [of Allah] and [my] Imam; and Hassan, Hussein, ‘Ali ibn Hussein, Muhammad ibn Ali, Ja’far ibn Muhammad, Musa ibn Ja’far, ‘Ali ibn Musa, Muhammad ibn ‘Ali, ‘Ali ibn Muhammad, Hassan ibn ‘Ali, and al-Hujat ibn al-Hassan (a.s.) as Imams, leaders and guides – I declare my love for them and declare my disassociation with their enemies.
And [I believe that] surely the Hour [of Doom] will come in which there is no doubt; and that Allah will resurrect all those who are in their graves. And [I believe that] the reckoning [of our deeds] is the truth; the Paradise is the truth and that the Hell is the truth.

The statement of faraj is to be recited as follows:

Soon after a person dies, it is recommended to do the following things:
Close the eye-lids of the dead person
Close the mouth of the dead perso
Tie the two jaws so that the mouth does not open
Straighten his/her arms and place them on the two sides of his body
Straighten his/her legs
Cover the dead body
Switch on the light in the room where the dead body is kept
Arrange the funeral as soon as possible
Inform the mu’mineen to attend the funeral. 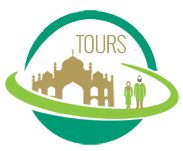 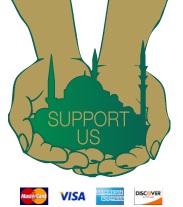 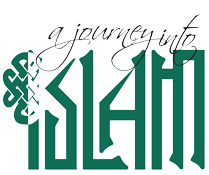